Best places to visit in France

Ah, France! Third largest country in Europe. It’s also one of the few in the world with such a variety of landscapes and climates. There we find the Atlantic Ocean, the Mediterranean Sea, the English Channel, the North Sea. In the mountains there are the Pyrenees, the Alps, the central massif … In the most famous rivers we find the Seine, the Rhone, the Rhine … From the mountains to the sunny coast through the fields , France will dazzle you with its diversity. In this article we invite you to discover the most beautiful landscapes of France. Became a French visitors thanks to this article.

In France there are 4 different climates: 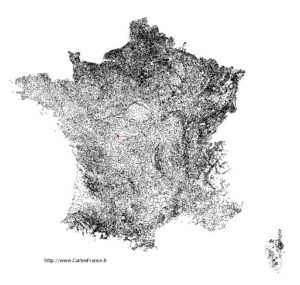 Foreigners and tourists do not think about it often, but the north of France has a superb landscape. In addition, some cities are very famous like Deauville which is known for its festival but also its crazy charm. You must have seen stars pass by on the famous red carpet of the Deauville festival. Not far away, discover Etretat, this splendid seaside resort. It’s the perfect place to escape the pollution of big cities for a weekend. This ancient city of fishermen will reveal its little secrets to you if you stroll along the beach and in the city center. For those who like to walk and take full view, I let you venture along the cliffs. These mythical cliffs are splendid and impressive. If you walk on the beach the landscape will dazzle you. It is an essential place in the North of France. For the less athletic, the city’s beach is also very pretty and allows you to go refresh yourself in the seaside bars in no time. This is the long-awaited moment for food lovers. Where to eat ? The oyster-bed has a panoramic view of the beach of Etretat. This restaurant will delight your taste buds and your eyes at the same time. 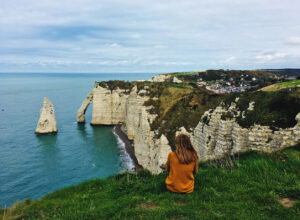 Considered a wonder of Normandy, this site has been listed as a UNESCO Heritage Site since 1979. It is undoubtedly the village to visit during its visit to the area. A major pilgrimage site with its abbey, a village of architectural marvels, mixed with nature, this place invites astonishment. This decor changes over the course of the day and the weather. High tide or low tide, cloud or sun, Mont-Saint-Michel will dazzle you from every angle. It is one of the most visited tourist sites in France. If you want to see the church come before the other visitors at 9 am. 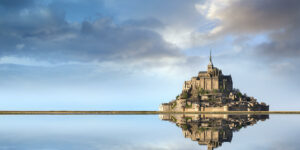 The Loire brings together a group of French castles located in the Loire Valley. There are constructions dating from the 10th and 11th centuries with the feudal house in Blésoise, 12th century and 13th century with constructions from the first Hundred Years War, 14th and 15th centuries with the Second Hundred Years War. There from the medieval time. In the 15th century and 16th century, this region was inhabited by the kings of France and part of the courtyard. From the Château de Chenonceau to the Château de Chambord, including that of Hussé, come and discover these monuments, each more breathtaking than the next. 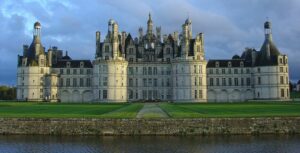 Capital of France and first world city. It is known as the City of Lights or the Romantic City, it attracts tourists throughout the year. This capital is so rich that it would take many days to visit everything. Between monuments, museums, shops, parks, restaurants, shops, theaters … It has a rich architectural heritage. You probably know the famous Eiffel Tower but also the Arc de Triomphe, the Notre-Dame-de-Paris cathedral, the Sacré Coeur, the Opera Garnier… All these names speak to you, you have seen many photos and come well discover them! 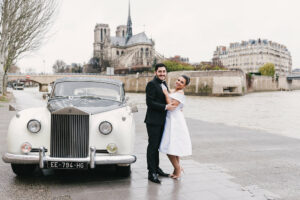 This incredible green, you will not forget it! The Verdon Regional Natural Park was created in 1997 and covers 188,000 hectares, between the Alpes de Haute-Provence and the Var. It is in this park that you will find the famous Gorges du Verdon, the largest canyon in Europe. With its cliffs reaching up to 700 m for a width between 6 and 100 m, this canyon was dug by the Verdon river, which rises at more than 2,800 m. In these impressive cliffs niche of fabulous vultures. There are many dams that have been built over time, which means that only certain areas are allowed for swimming and sporting activities. 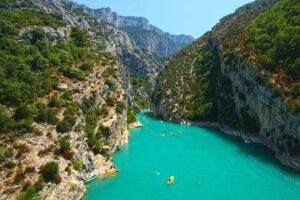 At the South West :

Located at the entrance to the Arcachon basin in Gironde, the pila dune is the highest dune in Europe. Belonging to the coastal dunes of Aquitaine, it is the only one still in motion. Surrounded by the ocean and the forest, it moves 1 to 5 meters per year to the East because of the winds and the tide. It is made up of 60 million cubic meters of sand and measures 100 to 115 meters high. The pila dune is asymmetrical. On the ocean side, it slopes gently and the other side slopes steeply, forest side. This landscape gives the impression of a distant country, of a trip to Africa on the Magreb coasts.

Toulouse is a commune in the southwest of France. With 479,553 inhabitants on January 1, 20174, Toulouse is the fourth most populous municipality in France. The city has an architecture characteristic of the cities of the South of France, Toulouse is nicknamed the “pink city” because of the color of the local traditional building material, terracotta brick. It also has the nicknames “city of violets” due to the development of the culture of this flower, and it is also the “Mondine city” in reference to the dynasty of the counts of the city. The Canal du Midi which crosses the city has been listed as a UNESCO World Heritage site since 1996. The Saint-Sernin basilica, the largest Romanesque building in Europe, has also been listed there since 1998 as the Way of St. James. . Toulouse is also the European capital of the aeronautics and space industry with the sites of Airbus and its parent company Airbus Group. In addition, the emblematic sport of Toulouse is rugby union, its Toulouse stadium club holding the richest prize list on the national as well as on the continental level, with 20 titles of champion of France and 4 titles of champion of Europe. Finally, in terms of Toulouse gastronomy, cassoulet, sausage and violet are the emblematic specialties. 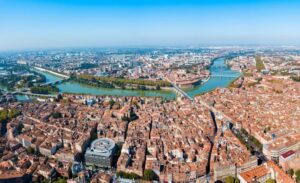 The most beautiful coves of Marseille are located to the south of the city, behind the Marseilleveyre massif and the Puget massif. With the Riou archipelago located just opposite, they are the heart of the Calanques National Park. These coves with turquoise water will fill your eyes with a splendid flora and fauna. Accessible on foot or by boat, come and see these wonders of the south of France. 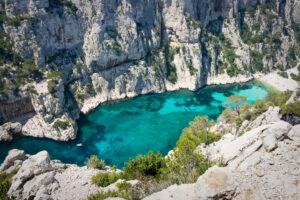 This extraordinary site benefits from a geological curiosity unique in the world. The Pont d’Arc, is a magnificent natural arch which was pierced in the rock by the passage of the Ardèche river. Located at the entrance of the Ardèche Gorges, the Pont d’Arc is 54 meters high, 60 meters wide, and is at least 500,000 years old. Around this building you will find 2 beaches, one before and one after the Bridge. For a swim, a picnic, a nap … You will be captivated by the beauty of this place. 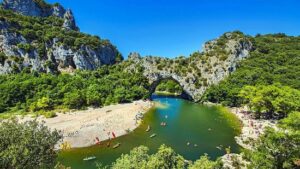 Now you know some essential places in France. But be aware that this list highlights only a quarter of the wonders that abound in France. The French always dream of elsewhere, but never has any of them seen all the fabulous landscapes that the country with the tricolor flag can offer us.

CTH Events Paris is here to organize all your vacation in France.